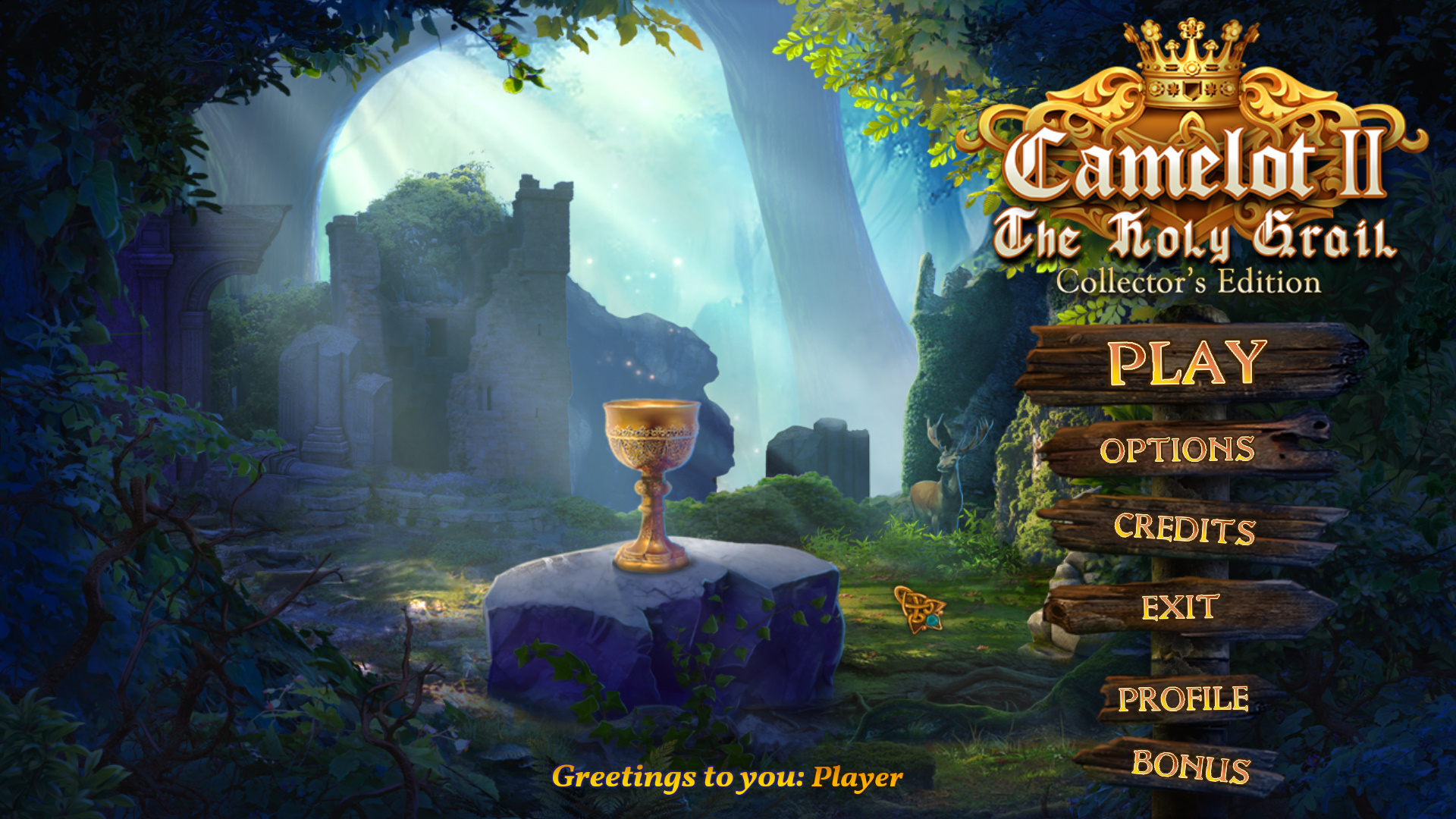 Camelot! After a long period of peace, once again, something is afoot!

When Queen Guinevere becomes suddenly ill, her husband King Arthur immediately calls upon you, the court mage, to once again find a way to save both the Queen, and the Kingdom.

Telltale Games invites you into medieval world of King Arthur, Merlin, and the courts of Camelot!

Because of this, you, the court mage have been urgently summoned. The only thing that can save the life of King Arthur’s beloved is the Holy Grail, which has the power to heal anyone.

But the ancient artefact has long been lost somewhere in the expanses of Avalon. A mysterious old sorceress claims that it can be found by entering three different worlds through portals hidden in a mystic cave.

Can you manage to overcome all obstacles, find the Grail, and save the queen?

Camelot 2 is packed with 40 glorious settings, 26 mini-games, and loads of HO scenes and puzzles to provide guaranteed enjoyment for hours.

There is a special Collector’s Edition release as well, with exclusive extras you won’t find in the standard version.